In defense of Sarah Copelin-Wood

Posted on June 21, 2012 by dekalbschoolwatch 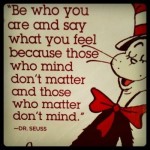 At the board meeting yesterday, Sarah Copelin-Wood came out fighting. Now, I have no issue with her fighting for a cause, but I do have an issue with her coming to that fight unprepared. Sarah, for whatever reason, has missed quite a few board meetings of late and therefore has some holes in her knowledge that can frustrate those who have kept current.  That said, I respect that she is nonetheless unafraid to push the superintendent, staff and her fellow board members to get the answers she seeks.

It seemed on the surface that Sarah asked some rather dim questions, however, when one digs deeper and tries to fill in the gaps in her position statements, one sees that she is indeed fighting for the children and the parents and taxpayers in her district.  She is the only board member who consistently verbalizes her concern for the children’s test scores and educational outcomes. Sarah knows on a visceral level that ‘something’ is not right, ‘something’ is not equal and ‘something’ does not add up. So she pushes. And lo and behold! It is Sarah who asks the question that brings about answers we all seek, such as getting the superintendent to admit that 817 people have been cut from their jobs – and of those, 537 were classroom teachers! And another 56 were music/PE/other coaches who are also teachers! Sarah pushed even more and got the superintendent to promise to provide a full list of those people whose jobs were cut for the next discussion. We look forward to seeing that list as well.

She also pushed the new CFO into admitting that the reserves he keeps saying are in the negative $6 million are in the negative due to our savings being earmarked for upcoming obligations and bills.  That does not mean that ‘today’ we are overdrawn by $6 million in the bank, but that our savings are obligated beyond our fund balance. People need this kind of clarity and Sarah puts herself on the line to get answers for her constituents.

Sarah Copelin-Wood is a true American. No matter how frustrated some may get with what they consider her banal questions and drawn out comments often lacking a specific point, she does represent the voice of her people and we all deserve to have our voices heard at the table.  This is America, a government of the people, by the people and for the people – and Sarah Copelin-Wood is a vital part of the American political process.

Give her latitude. Give her credit. Get a cup of coffee and leave the room if you don’t wish to hear her speak, but please do not mock her in her attempts to do the work of her people.  She is an American and she is bravely participating in the American political process.

Hosting a dialogue among parents, educators and community members focused on improving our schools and providing a quality, equitable education for each of our nearly 100,000 students. ~ "ipsa scientia potestas est" ~ "Knowledge itself is power"
View all posts by dekalbschoolwatch →
This entry was posted in DeKalb County [GA] Board of Education and tagged Sarah Copelin-Wood. Bookmark the permalink.

75 Responses to In defense of Sarah Copelin-Wood