Why Jester and Speaks Did Not Resign from DeKalb School Board

Posted on March 5, 2013 by dekalbschoolwatch 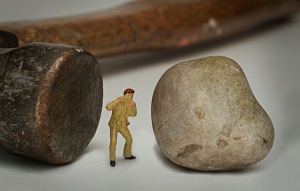 Six members (instead of all 9, as required by current law) of the DeKalb School Board (BOE) were recently suspended from the Board based on undocumented — “We didn’t save our notes” — accusations from AdvancED/SACS. With the notable exception of Nancy Jester and Pam Speaks, the DCSS BOE voted to fight this in court, spending money that belongs in the classroom.  Jester and Speaks did not vote in favor of hiring lawyers to defend the Board. Many people have asked (and continue to ask) why Jester and Speaks did not simply resign and separate themselves from the others, now known as the School Board Six.

The answer is simple. If the Board had prevailed in court — state or federal — the remaining Board members (including Gene “I see color” Walker) would fill all vacancies, including the seats voluntarily vacated by Speaks and Jester, until next election cycle. If the BOE had prevailed in court, District 1 and District 8 seats would have been filled by the very members of the board who are more concerned with their own power than with our students and teachers and who voted against Nancy and Pam at every opportunity.

Now you know why Jester and Speaks did not resign.

Here is the rest of the story: The DCSS Board withdrew their state case, taking it directly to federal court. The federal judge (Judge Story) vacated the stay and in so doing, Speaks and Jester are no longer on the DCSS Board of Education. So, resigning is no longer an option at this point. Per Judge Story, they are officially off the BOE. Yet, resigning earlier would have put Speaks’ and Jester’s seats at risk of being controlled by Gene Walker, Sarah Copelin-Wood, et al if Judge Story had ruled in favor of Walker. Speaks and Jester were truly between a rock and a hard place — damned if they did and damned if they didn’t.

Based on the damage done by the late federal Judge Newell Edenfield and his subsequent order for federal court supervision of DeKalb County Schools for more than 20 years, it was never a given that Judge Story would not rule in favor of Gene “I see color” Walker, et al.

Speaks and Jester — the two most rational members of the BOE and who cared the most for the children in their charge — gambled on behalf of their constituents … and everyone lost.