Back to the calendar

Posted on April 4, 2013 by dekalbschoolwatch 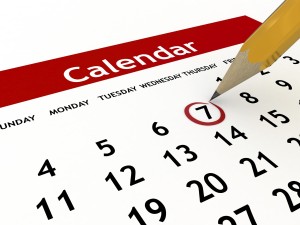 This email came to us from a teacher. We are hearing that teachers are feeling disenfranchised over the Board’s decision to postpone implementing the much-debated ‘balanced’ calendar approved by our former Board. When Dr. Atkinson made the change from the current ‘traditional’ to the new, ‘balanced’ school calendar, she first surveyed teachers, staff and parents [a SACS recommendation]. The consensus was an approval of the balanced over traditional calendar, thus the change was made. However, it seems our new Board has thrown out the teachers’ opinions and reversed the decision, creating yet another round of schedule changes and reactions. They questioned ‘buy-in’ for the Success For All program at their last meeting, but on the calendar issue, it appears that stakeholder buy-in isn’t as important as the Board’s desire.

…”Is the same decision that caused such upheaval just one short year ago (on this blog and elsewhere), actually happening again? As of April 1st, the new and improved “Board Almighty” has voted to stay with the traditional calendar for next school year (now just 4 months away). I was thinking it to be an April Fools prank… but no. Low and behold, it really happened. They are calling it a “delay” but we all know better than to believe that.”

***”Side note: Can this board also choose to “delay” the nice brand new fleet of cars they have granted to the area superintendents while cutting mileage compensation to teachers who must travel from school to school in their own cars. Can they also “delay” the removal of all interpreters (necessary by federal law mind you) and ESOL registration/testing services that are now placed on the individual schools. Sorry…that’s another topic altogether.”

“Just a year ago, Dr. Atkinson was attempting to make changes to the school calendar and there was complete upheaval, so she surveyed parents, teachers, students, etc. resulting in approval of the new “balanced” calendar for 2013-2014. Now, whether the survey results were actually counted or if it was still an executive decision, the decision was made and the stakeholders of the district have spent time preparing for the new calendar; summer schools have been adjusted, and October and February vacations have been planned!”

“I continue to believe that the balanced schedule is better for teaching and learning. It is more teacher AND student friendly, allowing more frequent breaks. However, I do understand the concerns of working parents.”

“We needed to give the balanced schedule a trial run. Why did they decide against this? I will never understand it. The DCSD “big wigs” are back to doing the same things they have always done. If you support this move because you are in favor of the traditional schedule, then you should still be concerned about the process. How can the schedule be changed only 4 months before the beginning of the 2013-14 school year? The board cannot change things without the process, since that is, as I recall, what the dispute was about previously.”

“I know with certainty that faculty burnout, low morale, and poor staff attendance will surely remain or increase next year. I know with certainty that teachers and children were willing to exchange a shorter summer for more breaks throughout the school year. Who are these nine (10 counting the Super) people to decide in haste to change this with such little time before the next school year? If a need for process was the argument before, then it needs to be an issue now as well. After all, why bother to ask for opinions if you’re just going to discard them?”

“I recognize with every new leader comes new beliefs and initiatives, but allowing one to do the same thing the other was scorned for cannot stand. We must see stakeholders with a voice, and insufficient notice for drastic changes to the operation of a school system should not be tolerated at any time—not just when you agree with it.”

“Please let the board members know if you are for or against this most recent decision. I, for one, am against it, as I was last year. Though I prefer a balanced schedule, the ability to change with such short notice should not be a decision made at this time. If we had to wait a year before, then we should have to wait now.”

+++
Thoughts? Add them in the comments.

Hosting a dialogue among parents, educators and community members focused on improving our schools and providing a quality, equitable education for each of our nearly 100,000 students. ~ "ipsa scientia potestas est" ~ "Knowledge itself is power"
View all posts by dekalbschoolwatch →
This entry was posted in Board of Education Meetings, DeKalb County [GA] Board of Education, School Calendar, Superintendent Cheryl Howell Atkinson, Uncategorized and tagged dekalb county georgia schools, School Calendar. Bookmark the permalink.

90 Responses to Back to the calendar