Posted on April 17, 2013 by dekalbschoolwatch 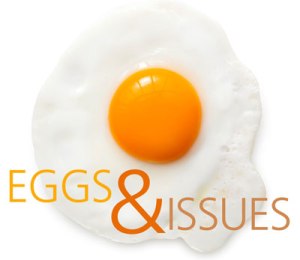 Michael Thurmond has been meeting groups all around the county – talking about his perspective of DeKalb schools and his ideology for moving forward. One in particular was with the group, “Leadership DeKalb” in a Q&A forum hosted by Denis O’Hayer on March 27, 2013.

Michael Thurmond [29:14]
And it’s not just Dunwoody [considering breaking off as a charter or city district]. See, I was talking to Dr Howe who is over instruction. We look at Dunwoody and we might criticize them, but if you really think about it. Majority to minority, is a system to move what exceptional bright kids from a large population of kids that may not be as equally as bright to a more segregated location. Right? That’s what that is. If you really look at it. Theme schools as well as charter schools as well as private schools and all of those are ways in which we are trying to deal with a problem. What I’m saying, what we have to do know is, of course, continue to support our gifted kids. But, at some point, we got to deal with the problem of people, young people, students, who come from high poverty background. Right? Who may not live in our neighborhood, who may not attend my school, or may not even live inside my district and recognize what we have … and it’s OK to be self interested. This is what I say to parents a lot on that issue. You must be self-interested about your children. You don’t have to apologize because you’re self interested in ensuring your child gets a good education. Should you … no. Not to me, not anyone. But leaders, this is what we talk about in Leadership DeKalb. You must develop what I call enlightened self-interest. Because enlightened self-interest will help you understand why it’s important for you to be involved in helping other people’s children get a quality education. Let me tell you why, and I love to do this. How many of you all were born, raised and graduated from a high school in DeKalb county? Raise your hand. Always less than 5%. That meant that the rest of us were educated somewhere else, right? And it was paid for by taxes from other people. You can’t raise my daughter and your daughter and your children in an enclosed, insulated bubble. I want my daughter to come of age in a world where there are opportunities, not just for her, but also for her friends and colleagues. Don’t you? The challenge in DeKalb, and we can do this, all we got to do. Let me tell you what we need to do to ensure that, not only do we respond to SACS, but that we create an elite school system. All we have to do is develop the talent to understand the power of enlightened self-interest. Be self-interested about your child. But then, and particularly as leaders develop the ability to be legitimately concerned about the education of other people’s children. Let me tell you why. God forbid I get sick one day and have to spend the night at DeKalb Regional or any hospital. But if I do, I want my nurse that comes around to know how to read and write who be scribblin’ the medicine. Right? That’s why it’s important. If you’re a business owner, we got business people here. Think about your work force. You want to be profitable 5, 10, 15, 20 years from now. Your future work force is sitting in a classroom somewhere in DeKalb county. You want to sell your widgets and your products and you need people who have the resources and can purchase them. Your future consumers are sitting in a classroom somewhere in DeKalb county right now.

We hope that Mr. Thurmond will take the time to read our post about theme, charter and magnet ’boutique’ schools in DeKalb. He seems to insinuate that Dunwoody is somehow acting ‘segregated’ by hosting  a few such schools, however, a bulk of these specialty schools are actually located in the south end of the county and are attended by the children of elite blacks in that area. You see, segregation may have been black and white at one point in Georgia, but at its core, segregation is about access and power, and it isn’t always white people doing the segregating. The school system is barely 10% white anymore – whites left this county system long ago. Now, we have an economic divide — and it’s elite blacks with power segregating from poorer blacks and Hispanics and immigrants. It’s all about power and money—not race anymore. Ironically, Thurmond neglects to mention that he is more elite than even those in south DeKalb who select charters, theme, magnet and other ’boutique’ public programs to ‘segregate’ their children from those of another class – he sent his own child to private school – and has admitted that the public schools in DeKalb were not good enough for her.

Mr. Thurmond, since you encourage enlightenment, we hope you will enlighten yourself by reading some of our ‘enlightening’ posts here and at the original DSW blog, beginning with, “North vs Central vs South – what’s the deal?”

Next, we hope Mr. Thurmond reads our group project, “Vision 2020”, which clearly shows that we all want the same thing for our children. We are tired of the race issue focusing the spotlight. It’s not about race anymore. It’s class, power and access. The children of DeKalb are not getting equal access to the available resources. The ‘leadership’ of DeKalb is ensuring that they themselves are first in line – be it with inflated salaries or jobs with responsibilities that do not directly include student achievement – or with special ’boutique’ schools that manage to segregate based on class, income and family and church networks.

We have moved beyond the race issue in DeKalb. Our schools are over 70% African-American, 11+% Hispanic, 10% White and a whole bunch of people from all around the globe. We have to find a way to properly educate them all – without excuses – in meaningful, results-oriented ways. It’s a big job – but Thurmond’s getting a big paycheck to do it. So far, several others before him have utterly, completely failed.  We pray he finds a way to make those tough decisions and right this ship – for every child in DeKalb.

Hosting a dialogue among parents, educators and community members focused on improving our schools and providing a quality, equitable education for each of our nearly 100,000 students. ~ "ipsa scientia potestas est" ~ "Knowledge itself is power"
View all posts by dekalbschoolwatch →
This entry was posted in Budget Cuts, DeKalb County [GA] Board of Education, DeKalb County, Georgia, Education in the South, GA Legislature / Laws / O.C.G.A., Georgia Education, Georgia State Board of Education, Michael Thurmond, SACS/Accreditation, Uncategorized and tagged DeKalb County Schools, Leadership DeKalb, Michael Thurmond. Bookmark the permalink.