What has happened to this country?

Posted on December 30, 2013 by dekalbschoolwatch 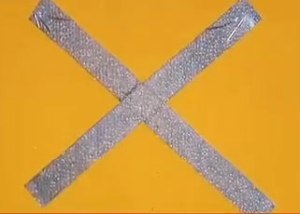 A wonderful young American was shot down in cold blood last Thursday. Chamblee High School graduate, talented artist and army reservist, Xavier Arnold was walking the new bike trail built around Atlanta by the mayor, taking photos of graffiti art with his girlfriend and another friend. That friend was also shot, but has survived. Xavier’s girlfriend, we’re told, was a top student at Chamblee High School in 2010 and had to witness this horrific event.

My FOX Atlanta reported, “Xavier Arnold’s father spoke out about the senseless violence that claimed the life of his son at a second vigil in as many days held in the Kirkwood neighborhood.

“He had no money on him. He had a cell phone that was broke,” said Arnold. “It’s time to stop. It’s time to galvanize ourselves. It’s time to ‘X’ out crime. We’ve gotta stop this type of stuff.”

The “X” has been a powerful rallying point since Thursday’s incident. Residents said in a vigil held on Friday that it is not just to honor the fallen soldier, but to serve as a reminder that violent crime will not be tolerated in their community.

“I’m going to get an ‘X’ and put it on my lawn, because I feel like, it’s just the right thing to do,” said Kirkwood resident Lori McDaniel.”

This story broke my heart. This is not the first violent offense to occur to good, young people in DeKalb. We have so much work to do to address the violence, poverty and horrible home situations for so many young people born into American ghettos. The kid who killed Xavier was 14 years old. Certainly his world is bathed in rap music, drugs, violence and the streets. Rap music glorifies and warns us about all of this violence. But the rappers outrageous lyrics and warnings fall on the deaf ears of society. There is outcry about one person from “Duck Dynasty”s ‘feelings’ about homosexuality, yet there is virtually NO outcry over the misogynistic and violent lyrics in rap music.

Did you know that Kirkwood, the neighborhood in which Xavier was shot is mentioned in a rap song by T.I?

“Ride Wit Me” (excepts)
+++
I done told y’all I’ma O.G., never had cold feet
You end up with no teeth, nigga +U Don’t Know Me+
I’ll knock ya off ya feet, put holes in ya until ya clothes leak
Tossed it in the river like I threw away my old heat
You chose to oppose me? Who the fuck you s’posed to be?
Mechanicsville and Summer Hill, Zone 3 that roll wit’ me
No hoes wit’ me, you know all that blow before they sold me?
I’m everything you s’posed to be, boy ain’t no runnin’ over me
Kick it wit’ the +King+ and lemme show you what I mean man
Most these niggaz rappin’ about a block, ain’t never seen Nan
Real niggaz recognize, real niggaz and you ain’t nan
You don’t know how to stab a nigga dead, keep a clean hand
Sell a block for 24, you got’s to 17 gram
From Eastside niggaz and Kirkwood and Little Vietnam
These 26’s keep the attention of bitches
Come and ride wit’ me pimpin’, lemme show you how we get it

I’m no rap lyric specialist, but the lyrics website ‘rapgenius.com‘ tells us that T.I. claims he is O.G. – ‘Original Gangsta’ – he is very sure of himself and has never been without confidence. He has never had ‘cold feet’ and shows it by saying that he can shoot holes in you and toss your body in the river along with the gun with no fear. He is from West Atlanta and knows his neighborhoods and he knows how to make money there, from the sale of drugs, that he ‘flips’ for a profit after buying bricks of drugs like cocaine from people who live in Eastside communities like Kirkwood or East Lake Meadows (Little Vietnam).  He says to his listener that he is King, and you are a wannabe. What kind of message does this drum into young people’s minds?

Young people with no love in the home and no education cling to this idea of greatness and try to emulate what they hear in these lyrics. They have no hope, no dreams and no skills. They are often drug users and pushers and blame the rest of society for their bad situation. We are all in danger of being shot down by these over-confident, under-educated, armed young city thugs. The problems they are enduring that so often result in criminal behaviors are wide and deep and cannot be solved only by the schools. These children require so much more than just a good teacher in classrooms of 30 or more. We must address the catastrophic problem of poverty and racism in this country or it will certainly lead to the demise of us all.

The thing is, you have to look past what ‘is’ to ‘why’ it is. This is not a post about rap lyrics – it’s a post about the very difficult lives so many children live and the terrible price some of the rest of us end up paying. The lyrics tell the story of another world, if you listen. A world without love or hope. A world where young people grow into scary, fearless, unfeeling murderers. Just complaining about the situation and expecting those who are down to lift themselves up on their own with the most meager of means and support, won’t make it happen. The situation won’t improve if it goes ignored or if we continue to just be reactive rather than proactive. Really, rap lyrics are simply a societal statement – a cry of outrage – a revolt of the status quo. We simply must become the kind of society that has no room for guns and violence, and room for everyone to be literate, educated, employed, loved and happy. Otherwise, these kinds of crimes will continue to increase – and I don’t know about you, but I like to have freedom to move about – I do not want to live in a fortress in order to feel safe.

Xavier’s father is calling to an end to violence. He wants to “X” it out in honor of Xavier’s memory. An “X” is a good start. Make a statement that you want this violence to end. Place a big “X” somewhere in your environment in honor of Xavier. Then continue to carry on with a commitment to seeking answers to poverty, violence and family distress. This problem is enormous. We simply can’t keep our heads in the sand any longer.

Hosting a dialogue among parents, educators and community members focused on improving our schools and providing a quality, equitable education for each of our nearly 100,000 students. ~ "ipsa scientia potestas est" ~ "Knowledge itself is power"
View all posts by dekalbschoolwatch →
This entry was posted in DeKalb County, Georgia, Education in the South, GA Legislature / Laws / O.C.G.A., Georgia State Board of Education, Title 1, Uncategorized and tagged violence in America, Xavier Arnold. Bookmark the permalink.

34 Responses to What has happened to this country?