Posted on January 13, 2014 by dekalbschoolwatch

Stan Jester intends to run for the District 1 seat on the DeKalb Board of Education. You can learn more about Stan’s campaign at his website StanJester.com.

Stan Jester is a parent, active school volunteer, education blogger and IT professional. He is dedicated to reforms in DeKalb that put the classroom first and protect the taxpayer from wasteful spending. 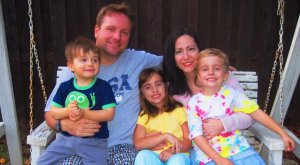 Stan has demonstrated his commitment to education in DeKalb by creating his FactChecker blog; an important resource for information and developments concerning the DeKalb County School System. In addition to Stan’s blogging he also provides easy access to video clips and transcripts of various DeKalb Board and other public meetings. He has already used his time, enthusiasm and professional skills to benefit and give value to the citizens in Dekalb. As our Board member, Stan will hit the ground running because he is already knowledgeable on the issues.

Stan will bring an important technical perspective to the board. He earned a bachelor’s degree in Computer Science from The University of Texas at Austin and brings over 20 years of experience in technology and data analysis. His professional experience includes developing business intelligence data systems that drive executive decisions as well as complex, multinational software development.

Stan’s most important job is being a parent. He and Nancy have three children attending public school in DeKalb. Stan knows firsthand the condition of our schools and the challenges of parents and teachers. He is invested in the success of DeKalb’s schools and will bring an important and effective voice to the DeKalb Board of Education.

Hosting a dialogue among parents, educators and community members focused on improving our schools and providing a quality, equitable education for each of our nearly 100,000 students. ~ "ipsa scientia potestas est" ~ "Knowledge itself is power"
View all posts by dekalbschoolwatch →
This entry was posted in Board of Education Meetings, Good News!, Stan Jester and tagged dekalb county board of education, Stan Jester. Bookmark the permalink.