Posted on July 18, 2014 by dekalbschoolwatch

Leaders in the public sector have plenty of public resources to promote their political views, accomplishments and experience. Often the public record holds much more: personal and campaign finance disclosures, expense reports, and business, tax and court filings. Here’s what they show: 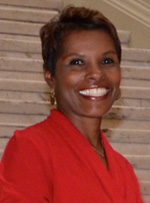 Wilson’s Democratic opponent for state school superintendent left required information off her personal financial disclosures for 2010 and 2011. Wilson didn’t file a disclosure at all in 2012 and filed her 2014 disclosure, due in March, on July 13 after Atlanta Unfiltered contacted her campaign staff to ask where it was. A staffer indicated Wilson had tried to file the 2014 report twice previously but did not respond to telephone messages seeking more information.

As of July 2014, Wilson owed the state ethics commission $575 in late filing fees.

Hosting a dialogue among parents, educators and community members focused on improving our schools and providing a quality, equitable education for each of our nearly 100,000 students. ~ "ipsa scientia potestas est" ~ "Knowledge itself is power"
View all posts by dekalbschoolwatch →
This entry was posted in GA Legislature / Laws / O.C.G.A., Georgia Education, Georgia State Board of Education and tagged Georgia State School Superintendent Runoff, Valarie Wilson. Bookmark the permalink.