Posted on September 18, 2014 by dekalbschoolwatch

Mostly Culled from the Fact Checker >> 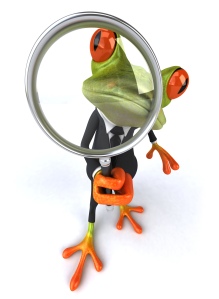 A DeKalb School Board member said at the last school board meeting, “[The Emory Lavista Parent Council] wants the board to understand the history of Superintendent searches in DeKalb. All of which have gone extremely well from what I’ve heard.”

LOL! Boy, there’s some revisionist history going on right there! Today’s #ThrowBack Thursday will pay homage to our previous Superintendents and the “searches” (and lack thereof) that brought them to us.

But first, here is the status of the Current Superintendent Search:

At the April 1 2014 Board Meeting, the Board announced their plans to commence a Superintendent search. The current Superintendent, Michael Thurmond, intends on completing the 2014-2015 school year, and the new Superintendent will start sometime in the summer of 2015.

At the September 8, 2014 Board Meeting, we learned that on August 21, 2014 an RFP for a national search firm was issued. The proposal deadline was Sept 16. Between now and the Oct 6 board meeting, the school board will conduct interviews with a list of finalist search firms picked by the administration.

2004:  After conducting a forensic salary audit that revealed serious over-payments to many senior staffers, Superintendent Johnny Brown (who was hired after a supposed full public search via search firm) was fired. The Board extended to him a $400,000 “exit” package, voted to “forego a search” and simply replaced Brown with long-time senior administrator, Dr. Crawford Lewis. (Click here and here for more on the salary audit findings.)

2010: As we all now know, after enjoying over 5 years as top dog, Superintendent Crawford Lewis was fired and, along with his COO Pat Reid Pope and her former husband Vincent (Tony) Pope, was charged with racketeering and theft by a DeKalb Grand Jury.  Lewis was given an $85,000 exit package by the Board and allowed to retire with his full pension. The Popes were given nothing but hefty jail terms and fines.  Lewis has avoided serving any jail time for reasons still unexplained.

DeKalb Schools is run by Lewis’ senior administration, with senior staffer Ramona Howell Tyson at the helm as Lewis’ hand-selected “Interim” Superintendent, approved by the Board without a search or much discussion. Tyson coyly states that she will “reluctantly take the job for 3 months” while the Board begins a search. Tyson’s tenure lasts nearly two years and still today she serves as the right hand to the Superintendent at a very high salary ($180,981; FY 2013).

2011:  At the behest of SACS, DeKalb Schools begins a new Superintendent search.

The search for a new Superintendent, according to Don McChesney, is “the most arduous and difficult task I dealt with while on the Board.” The original search criteria, as McChesney goes on to say, was a Superintendent with a track record of raising student achievement and removing central office bloat.

The board offered Dr. Lillie Cox (a white woman) of North Carolina a contract. That effort was thwarted by members of the board, according to 11 Alive News, “after details of her negotiations, including her requests for vacation time, severance and salary, were leaked to the media.” The discussions got heated and racial tensions were high, with Board Chair Dr. Eugene Walker proclaiming “I see color. I love color.” as he pushed the search for an African-American Superintendent.

Aug 2011: In the end, the board majority “lost focus on the students.” The Board brought back Superintendent candidate Dr. Cheryl Howell Atkinson, who had already been eliminated from consideration by Atlanta Public Schools and who DCSS had passed on in earlier interviews. McChesney and Nancy Jester voted against hiring Atkinson, but majority ruled and Atkinson was hired — despite her questionable record at a tiny school district in Ohio, application materials demonstrating a lack of attention to detail and quality, a history of personal bankruptcies based on overspending, and highly questionable answers on her DCSS application and background check documents. You can read letters to the public from Jester and McChesney about their thoughts on that decision.

Dec 2012: A lawsuit is filed against DeKalb Schools, “[accusing] the school system of violating the state open records law in failing to release Superintendent Cheryl Atkinson’s text messages”. Atkinson takes an extended leave of absence “to care for her ailing father,” but never actually returns to her post. DSW was unable to confirm if her father was ill or living at the time. DeKalb County Schools was essentially without a superintendent for several weeks.

Feb 2013: DeKalb School Board hastily approves by a vote of 5-4, a separation agreement with Atkinson’s attorney that pays Atkinson $115K to leave.

Facing removal by the Governor, the board skips a formal Superintendent search and on the same day votes (7-2) to bring on Michael Thurmond as Interim Superintendent until a permanent Superintendent is found. The AJC reports, “Thurmond said the search for a permanent superintendent would begin immediately and he would leave as soon as one is found.”  Thurmond continues to lead DeKalb schools yet today and will for at least the next year, for a total tenure of over 2 1/2 years.

Why Thurmond and whose idea was it?  Marshall Orson said, in the same AJC article, “he’s the one who brought up Thurmond’s name.” He had seen Thurmond speaking publicly and in small groups over the years, and was impressed.  Thurmond’s lack of a track record in education or any educational experience at all “seemed an asset,” said Orson. Thurmond was hired by the previous Board and fought hard at the Capitol for the Governor to leave them in their posts. In the end, the Governor fired 6 of the 9 and replaced them with his own hand-chosen members. Most remained in place after May, 2014 elections, with Stan Jester (Nancy’s husband) winning unopposed in the seat for District 1 and Vicki B. Turner winning over incumbent Thad Mayfield in District 5.  This newly elected Board will take their seats January 1, 2015.

Sep 2014:  The process of selecting a permanent Superintendent has begun.  The current Board is looking to hire a professional search firm. Hopefully the elected Board will finish the task after January and will interview candidates, choosing the very best based solely on credentials. The new Superintendent should take office in the Summer of 2015.

If we were betting people … we would bet that whichever high-priced “national” search firm is hired, after spending a lot of taxpayers’ money, will eventually come back to say that they could not find a better qualified superintendent candidate than Michael Thurmond (or some other high-ranking DCSD official).